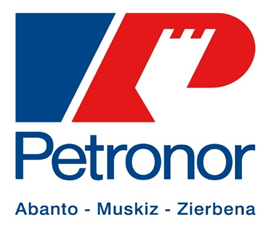 ADAPTATION OF THE REFINERY TO THE DIFFERENT CRUDE OILS

Since the commencement of activity at refinery-1 in 1972, the refinery has been forced to adapt due to the constant changes in the availability of raw materials. Initially, light crude oils were available on the market. It was easy to obtain the necessary amount to satisfy consumer needs.

Under this approach, the facilities were extended with the construction of refinery-2, with less capacity than the previous one but with the same production layout. In 1980 and in the following years, the crude oils available in large enough quantities had different characteristics and required more complex processes for their transformation. For this reason, in addition to the initial distillation, they are subjected to complex processes to obtain the products demanded by the market without the need to acquire more raw material, oil, hence recovering parts of the crude oil that the market no longer requires, for example fuel oil. With this objective, the Conversion Area was put into operation in 1984.

Due to environmental demands in fuel consumption, Petronor extended its “refining” units in the 1990s so that the distilled products were adapted to market and consumer demands. In these years, the “dieselisation” of the vehicle fleet and the increase in the ratio of vehicles per inhabitant required a rapid adaptation in the choice of raw material available and its processing in order to meet market demand, in terms of fuel quality and quantity.

With the dawn of the 21st century, demand has increased even further although the supply of raw materials has not grown at the same rate. This situation placed value on more complicated deposits, such as deep water ones, where the required amount of crude oil is available at high prices. In this energy scenario, Petronor embarked on the URF Project, in which it has invested 850 million euros for its construction, whereby it has managed to increase the production of the most highly demanded products on the market without increasing oil consumption. This new plant came into operation at the end of 2011.

The construction of the Punta Lucero jetty by Petronor enabled vessels of up to 500,000 TRB to arrive, whilst sheltering the successive extensions by the Bilbao Port Authority. These extensions have freed up land for the environmental and urban regeneration of the riverside municipalities. A prime example of this is the city of Bilbao.

Likewise, this initiative fostered the re-dimensioning of the port services in light of the large vessels that started to arrive.